This is a call to the international community to help the displaced people of Efrîn (North Syria) following the Turkish state’s heavy bombardment of the region and recent invasion of the city on 18th March 2018.

Efrîn was one of Syria’s most stable and secure regions, such that the pre-war population of 500 thousand (in 2011) increased to about one million with the arrival of internally displaced people (IDPs) escaping war zones in Syria.

In the two months of heavy bombardment and ground assaults more than 500 civilians were killed and over 1000 people were severely injured/disabled, including many children. Houses, schools, mosques, hospitals, dams, refugee camps and other civic buildings were bombed and destroyed. Of the 300,000 displaced people, who escaped the attacks 160,000 people in the Shebha region, with the remaining families dispersed in Sherawa, Noboul, Zehraa, and Aleppo also need aid.

Dr Akif Kobani working in the region says “These people urgently need help. They have nothing. They could only save their lives when they ran away. We need everything, we need baby milk, blankets, medicine; the things people need day-to-day to survive basically. This area is not a built up area, there are no shops – it’s a desert that is surrounded from all four sides.”

The co-chair of the Health Council in Efrîn province, Angela Rasho, said: “Medical supplies are inadequate, especially surgical supplies. There has been a serious shortage of medical staff who have spread out to different locations to relieve the pressure. We appeal to all humanitarian organizations to help the people of Efrîn.”

Our local Heyva Sor a Kurdistane organisation, the only charity helping the regions, has identified some of the urgent needs as follows:

Heyva Sor a Kurdistanê in North Syria is able to obtain food, medical and other survival supplies from North Iraq and the Cizre canton in North Syria to take them to Shebha region. We are calling out to the internationally community to make financial donations as any material donations can’t be delivered from Europe due to the blockade at the border with Turkey.

(According to the ADD decision, our association is not allowed to collect aid in Rhienland-Pflaz.) 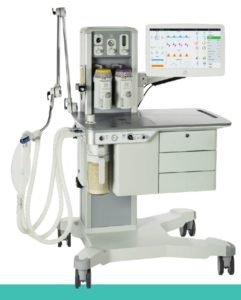 The coronavirus attacks the whole world since 2020. More than...